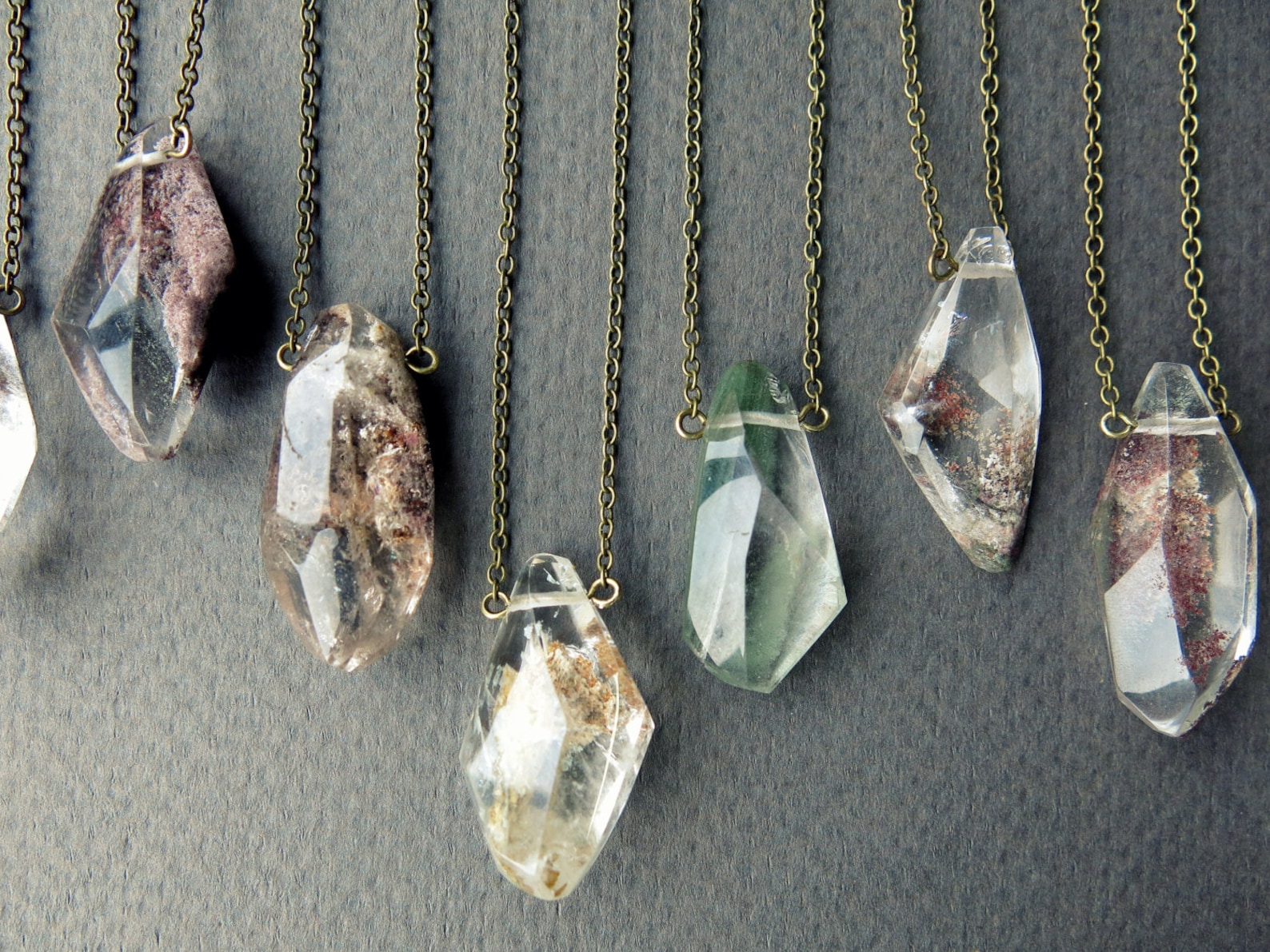 Intro
How to style crystal rock jewelry for different fashion aesthetics
What rock crystal should you go for?
Why the witchy vibes
Did you like this raw-cut crystal jewelry inspo?

Pendants in hero photo by Chrysalism on Etsy

Crystal rock jewelry is a type of jewelry that is made from crystal rocks. These rocks can come in a variety of shapes and sizes, and usually have a raw, ruggedy look to them.

That’s the aesthetic. Crystal rock jewelry is popular among anyone who feels drawn to the witchy aesthetic or to any kind of esoteric and spiritual mood. That’s because crystals, especially raw cut and larger crystals, have a strong association with magic and the occult.

However, no need to subscribe to healing powers of a piece of rock or anything. This is aesthetic fashion, if you think it looks good, wear it!

How to style crystal rock jewelry for different fashion aesthetics

Crystal rock jewelry fits well with several different aesthetics. In addition to witchy, it can also be styled to work well with vintage moods such as cottagegoth or boho and hippie. Crystals can have a place in fairycore and goblincore as well.

And then of course, the giant crystal piece can also be used as a statement piece for a minimalist outfit. 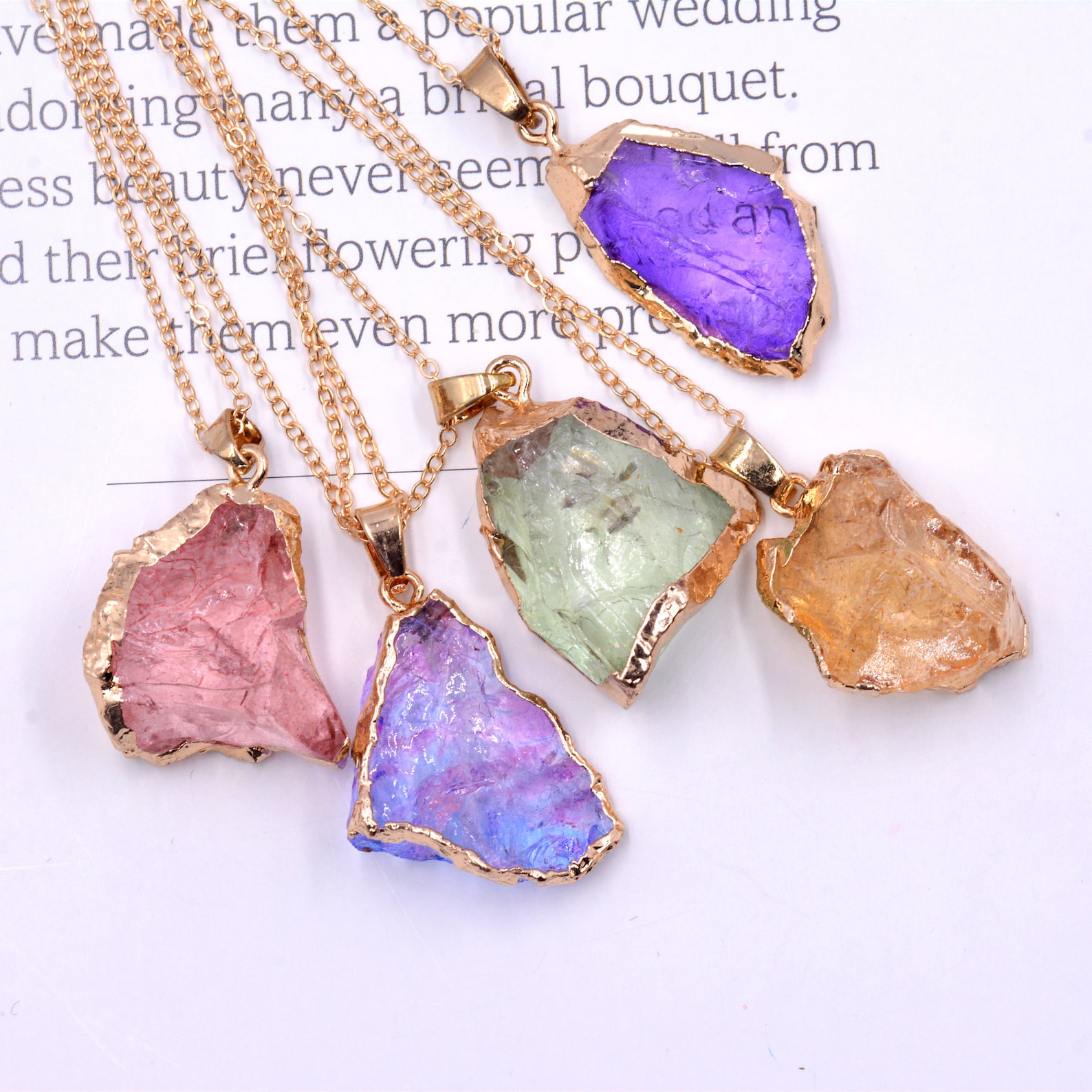 What rock crystal should you go for?

Rock crystal jewelry is made from various types of crystals, most commonly quartz.

There are other popular gems such as opal or moldavite, but quartz is by far the most popular. It is also the most affordable crystal you can get - of course there is raw cut diamond jewelry too, but most of us will never gratuate to that look.

Either way, quartz is famous for its many color variants. Depending on the composition of the ground in which the crystal forms, the resulting quartz can be completely transparent or have a yellow, pink or green tint to it. Then there are the so-called garden quartz crystals that grow around a speck of earth which then looks like a miniature bonsai garden trapped inside the crystal.

Both polished rock crystals and uncut raw quartz crystals can make for truly beautiful jewelry, depends on what vibe you are going for. 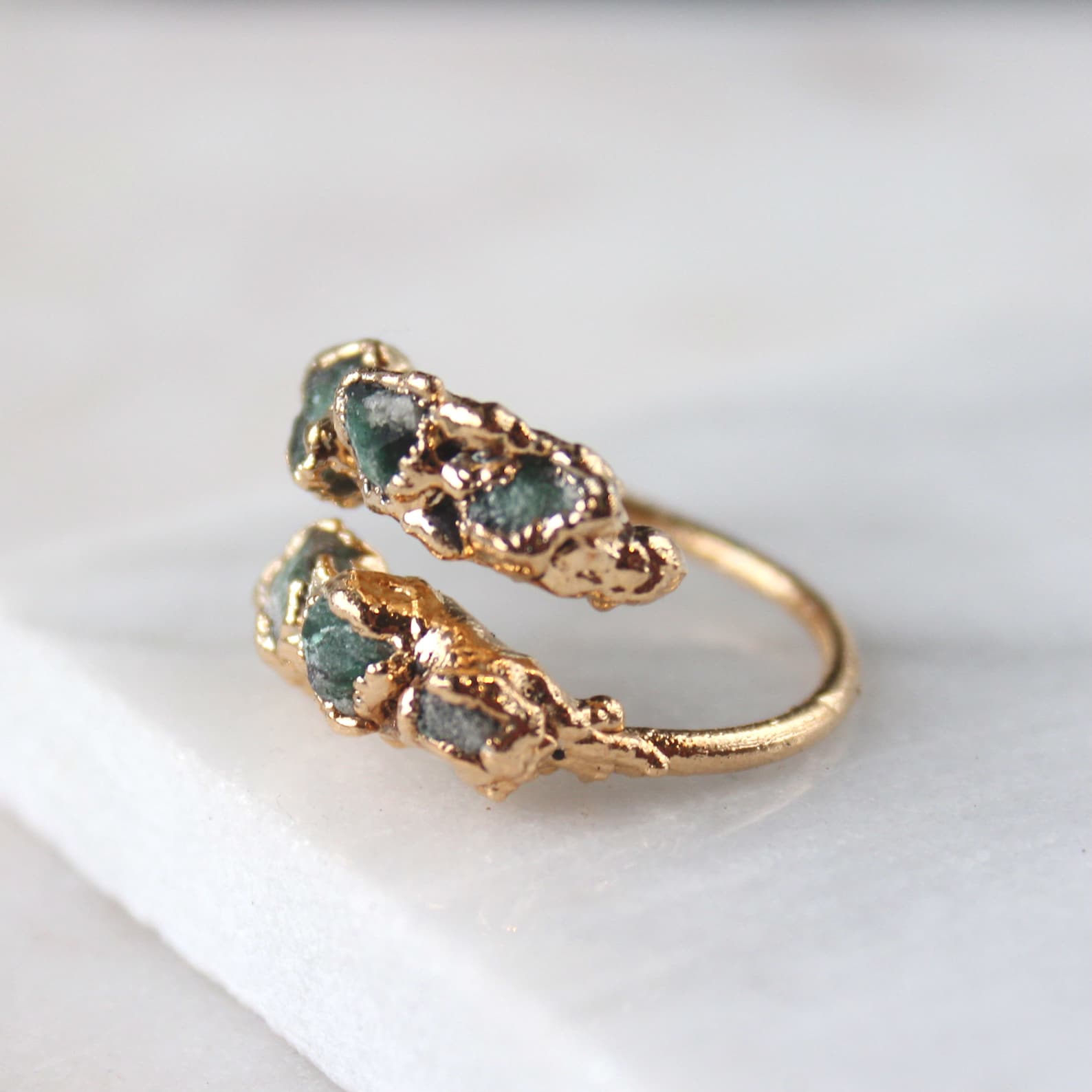 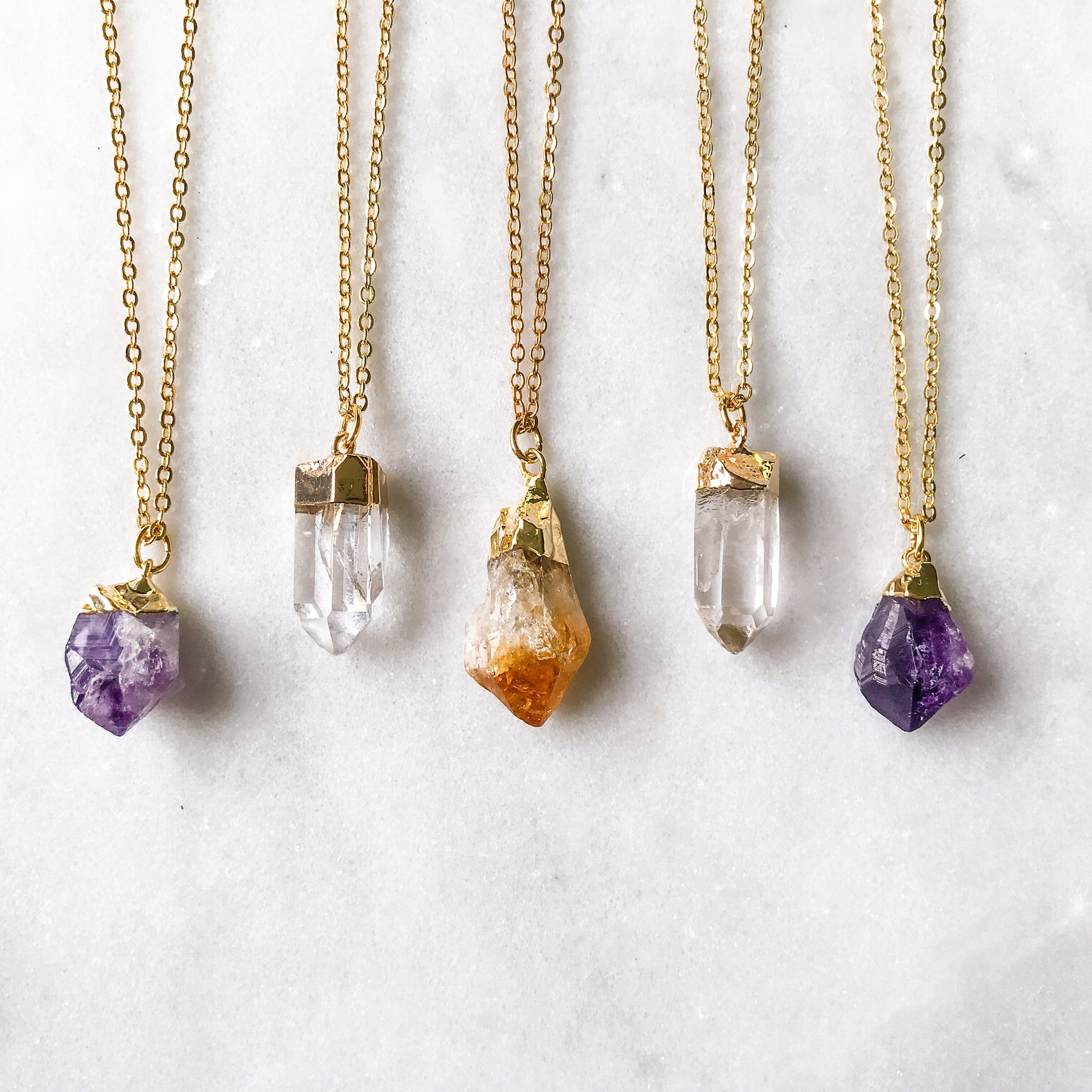 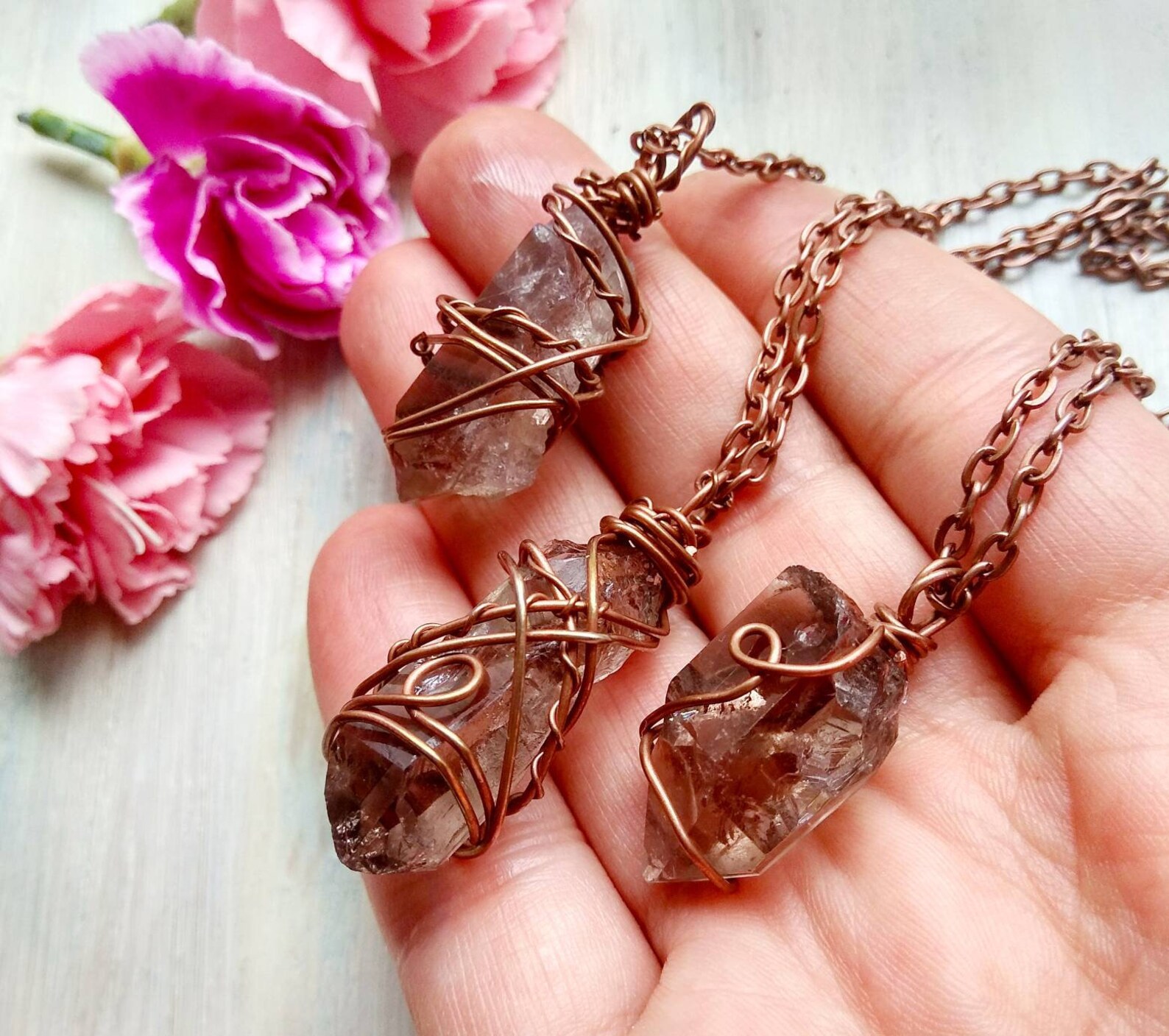 Why the witchy vibes

The witchy aesthetic is all about embracing the darker, maybe occult but definitely empowered sides of life. It can be seen in fashion, art, and lifestyle choices.

One of the tell-tale elements of the witchy aesthetic is crystal rock jewelry. Crystals have long been associated with magic and the occult, and wearing them as jewelry is a great way to tap into that vibe. 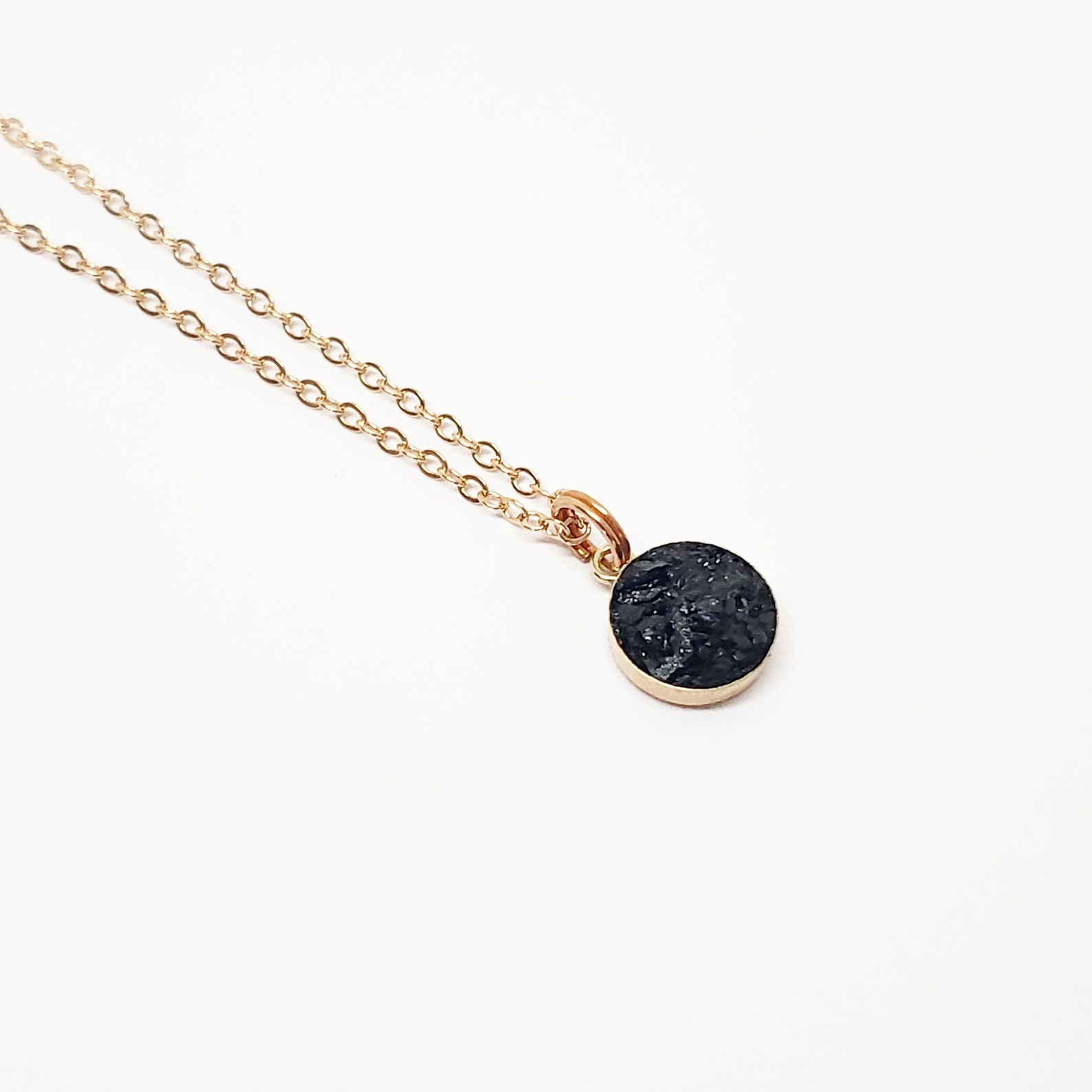 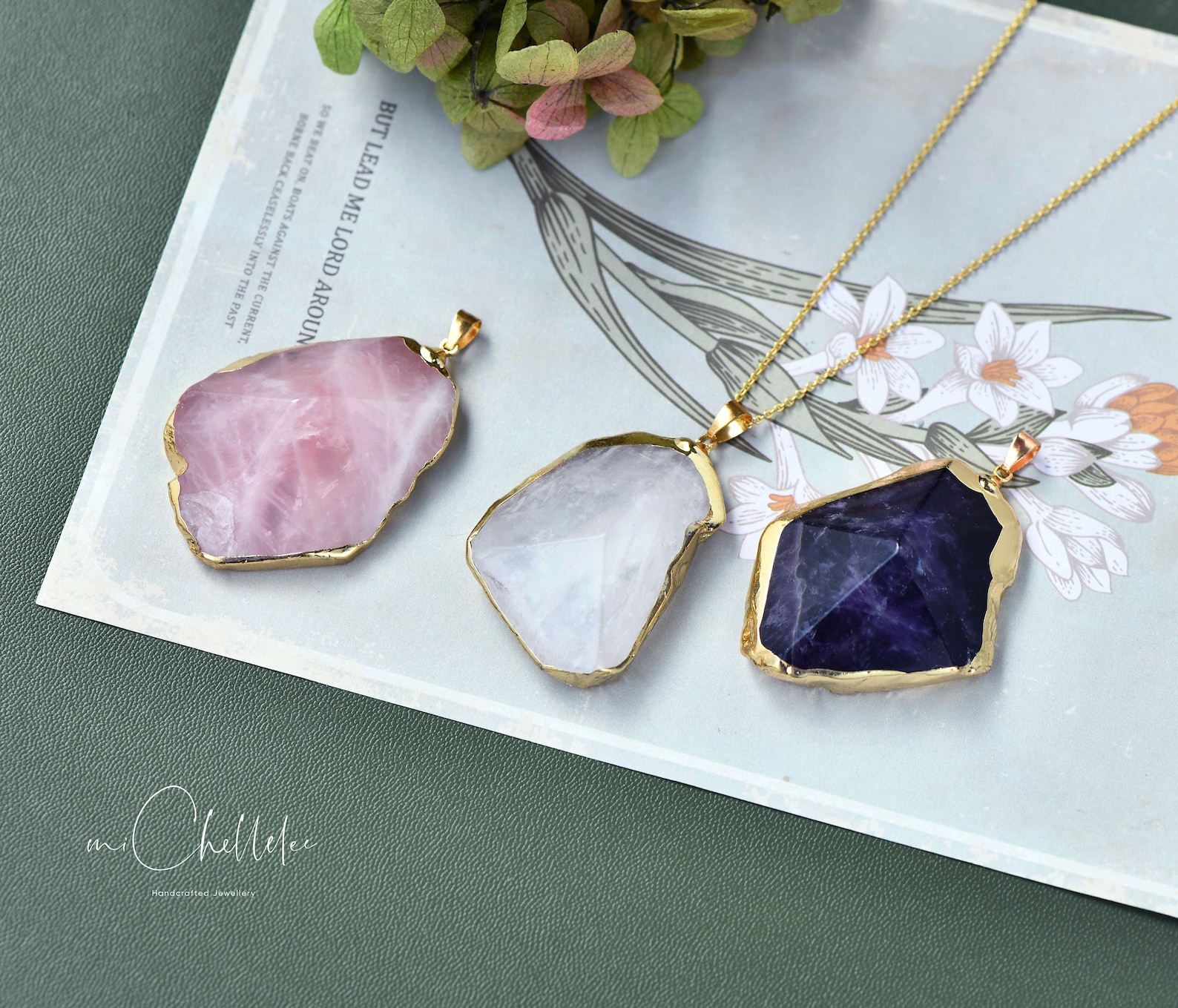 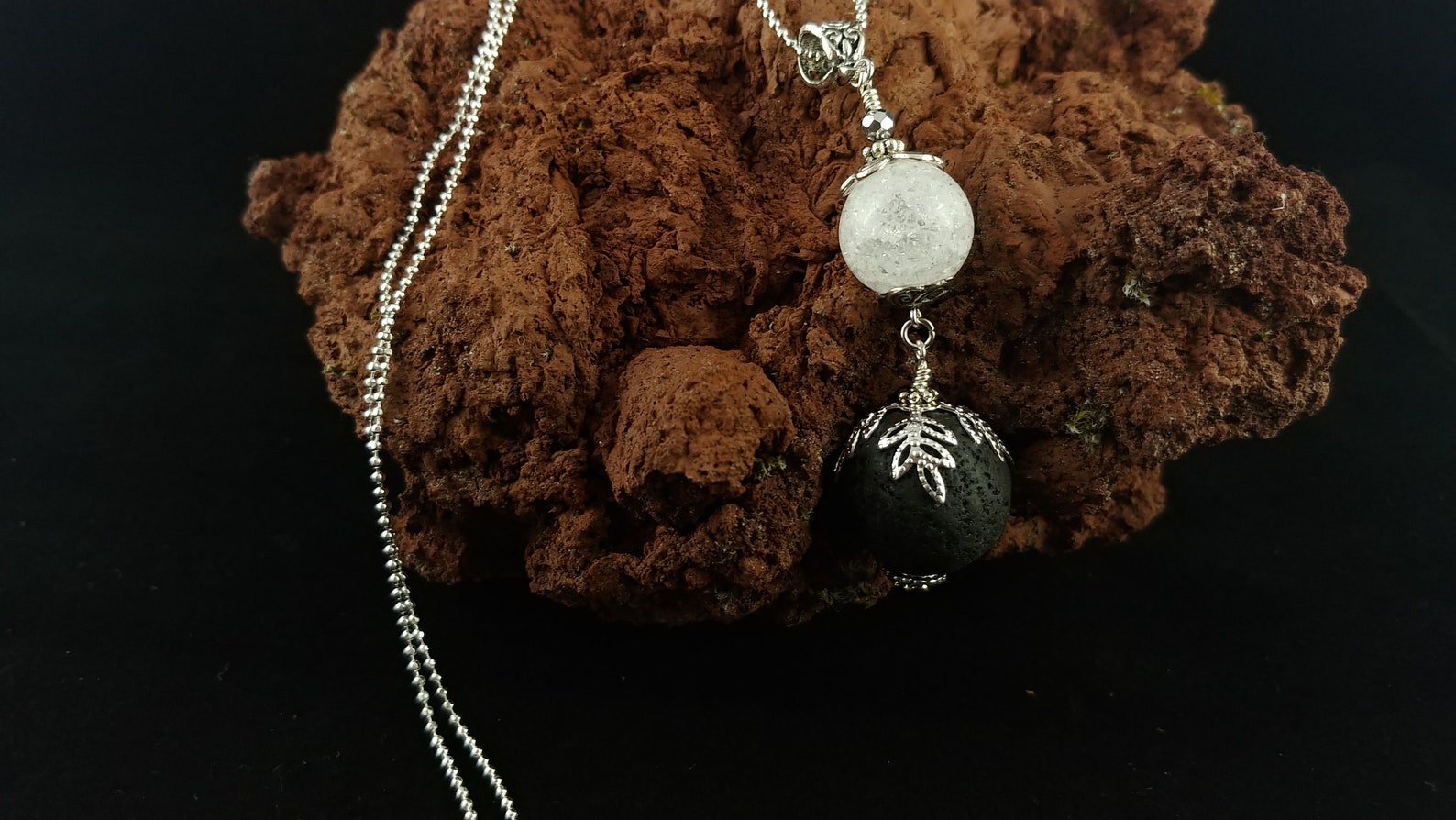 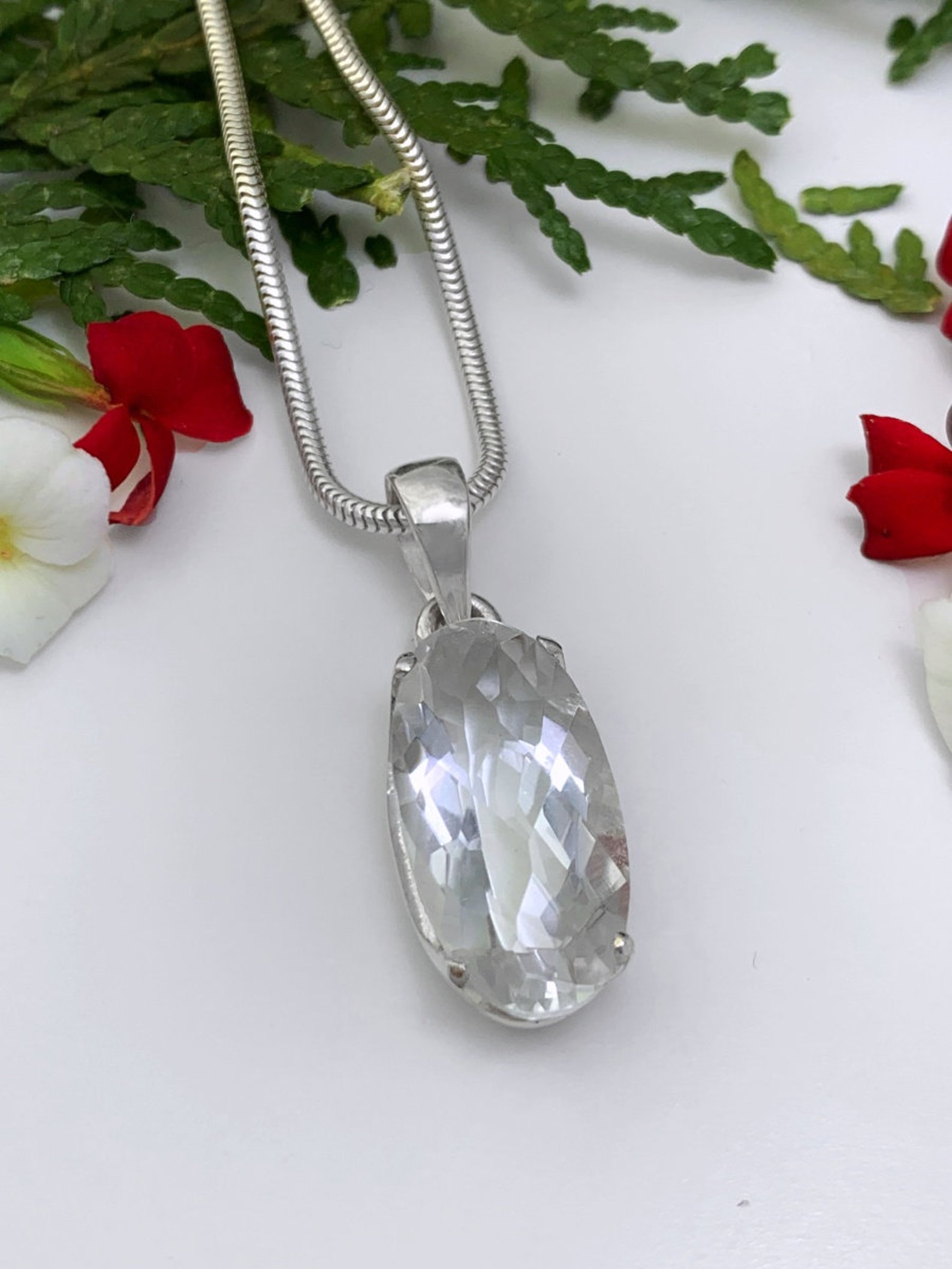 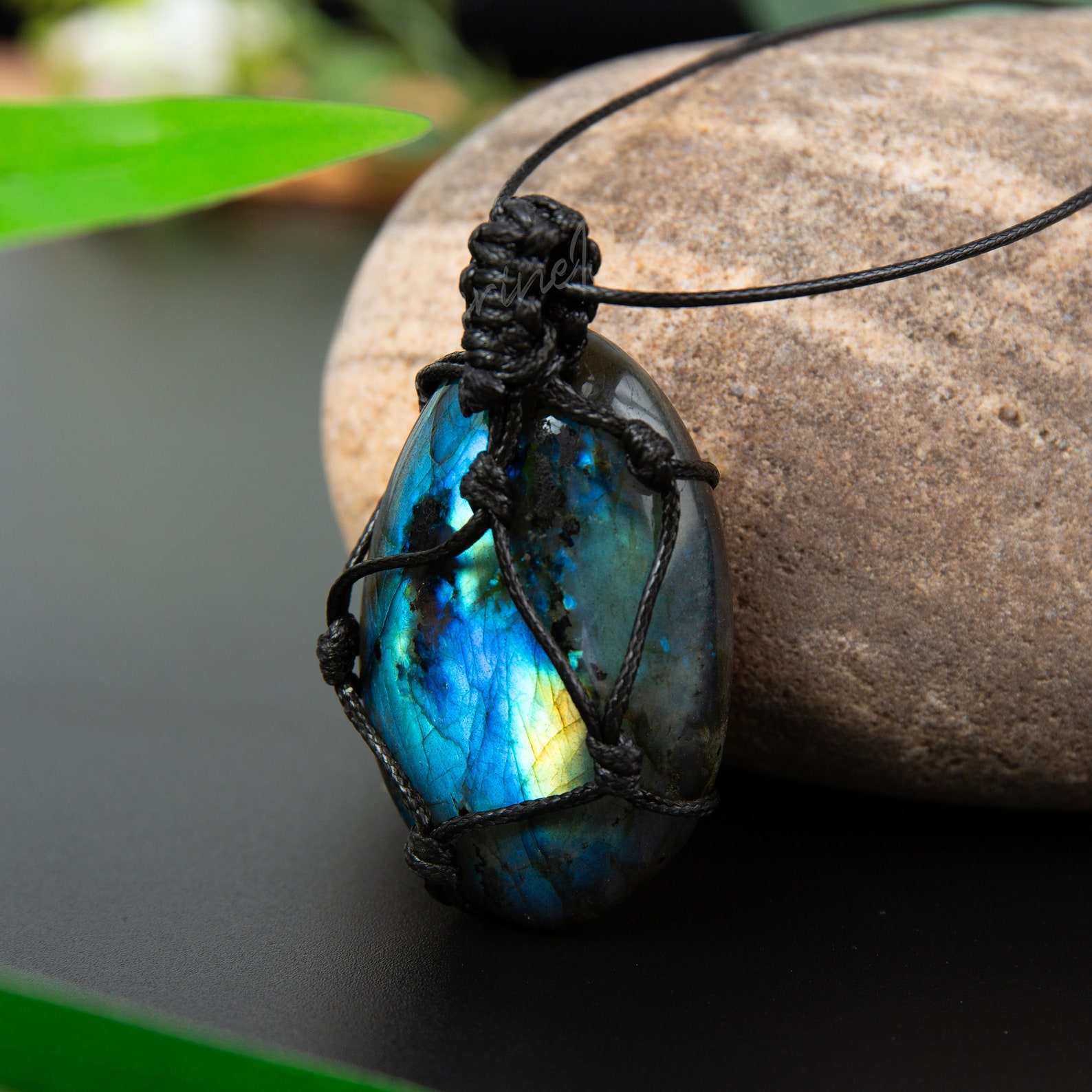 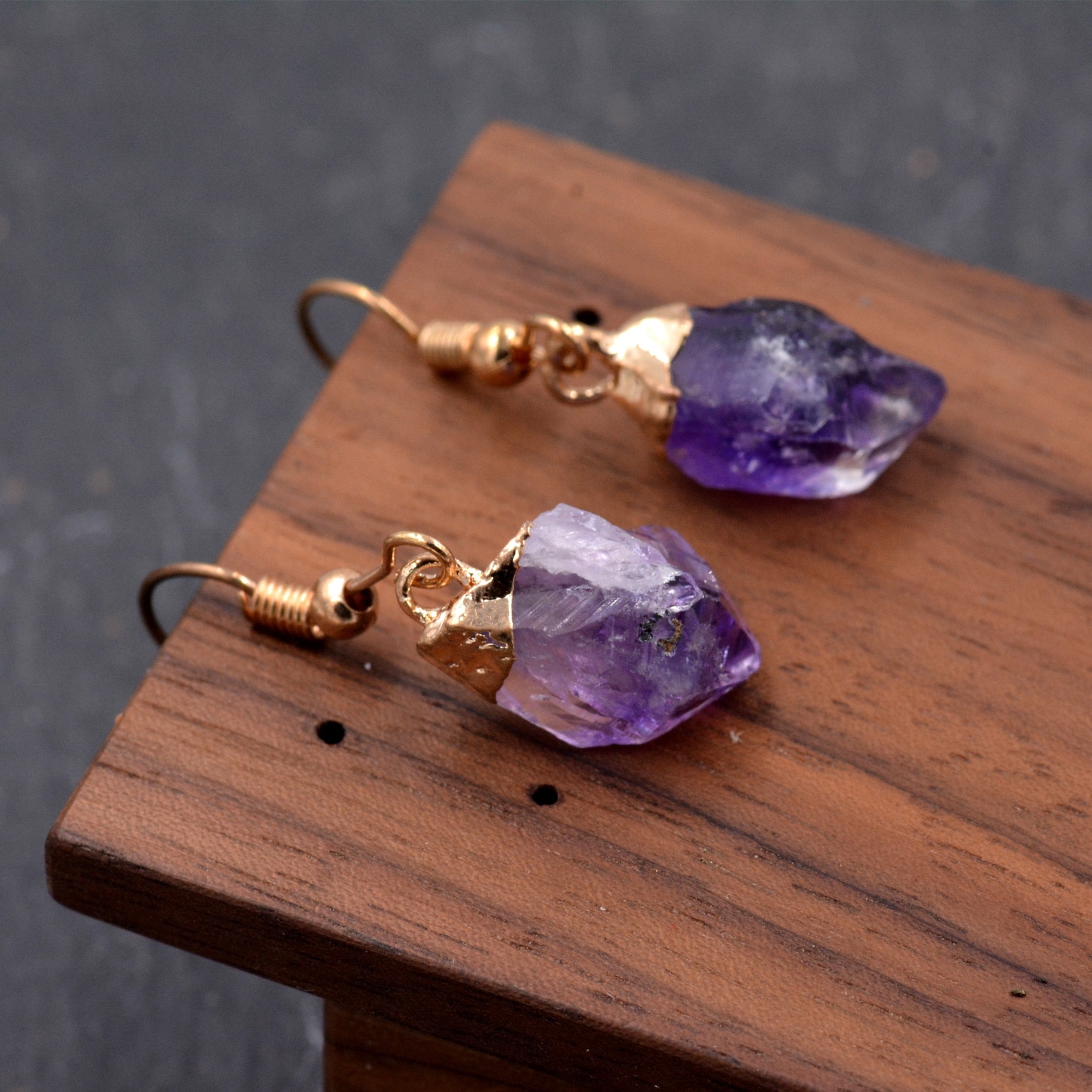 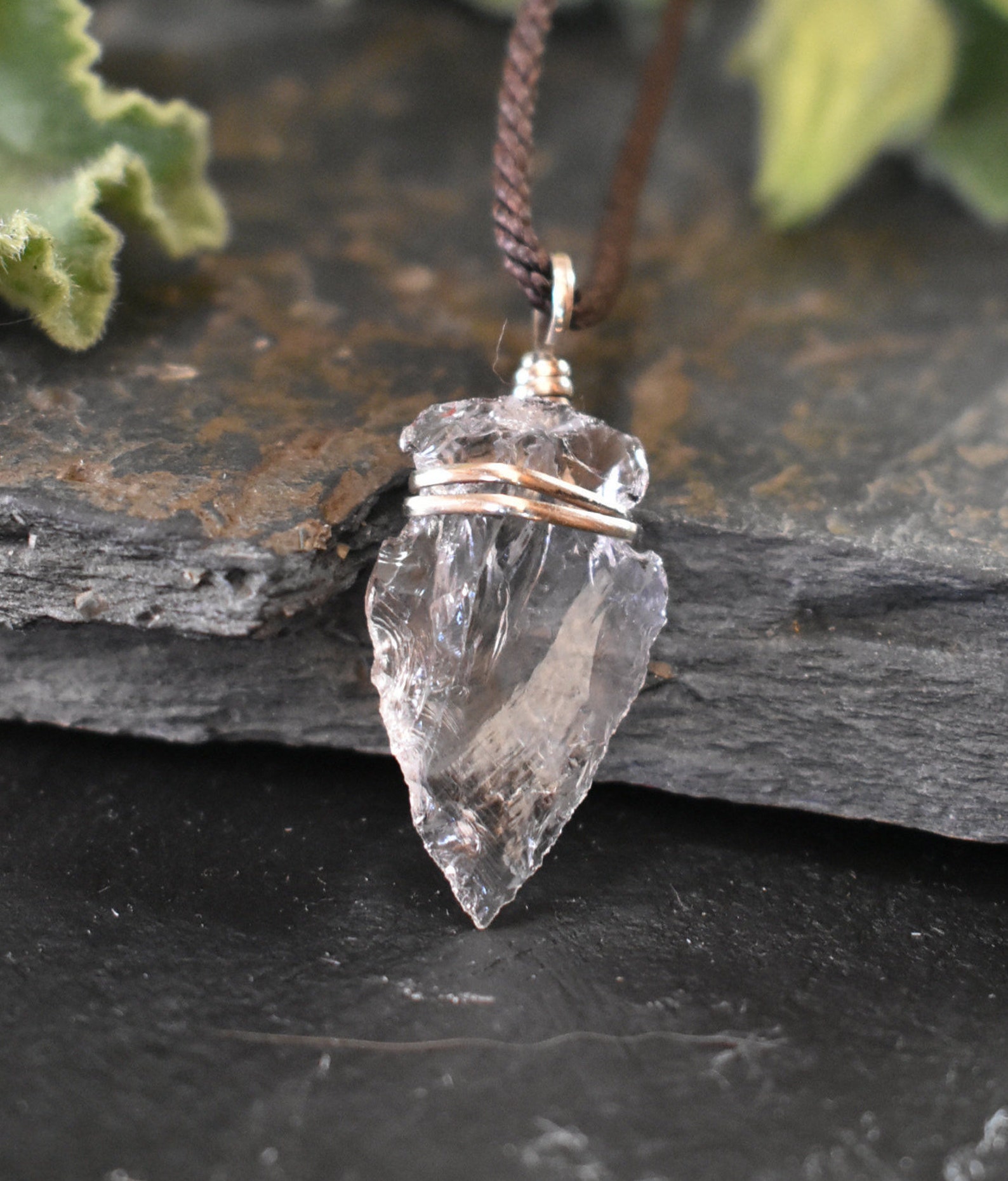 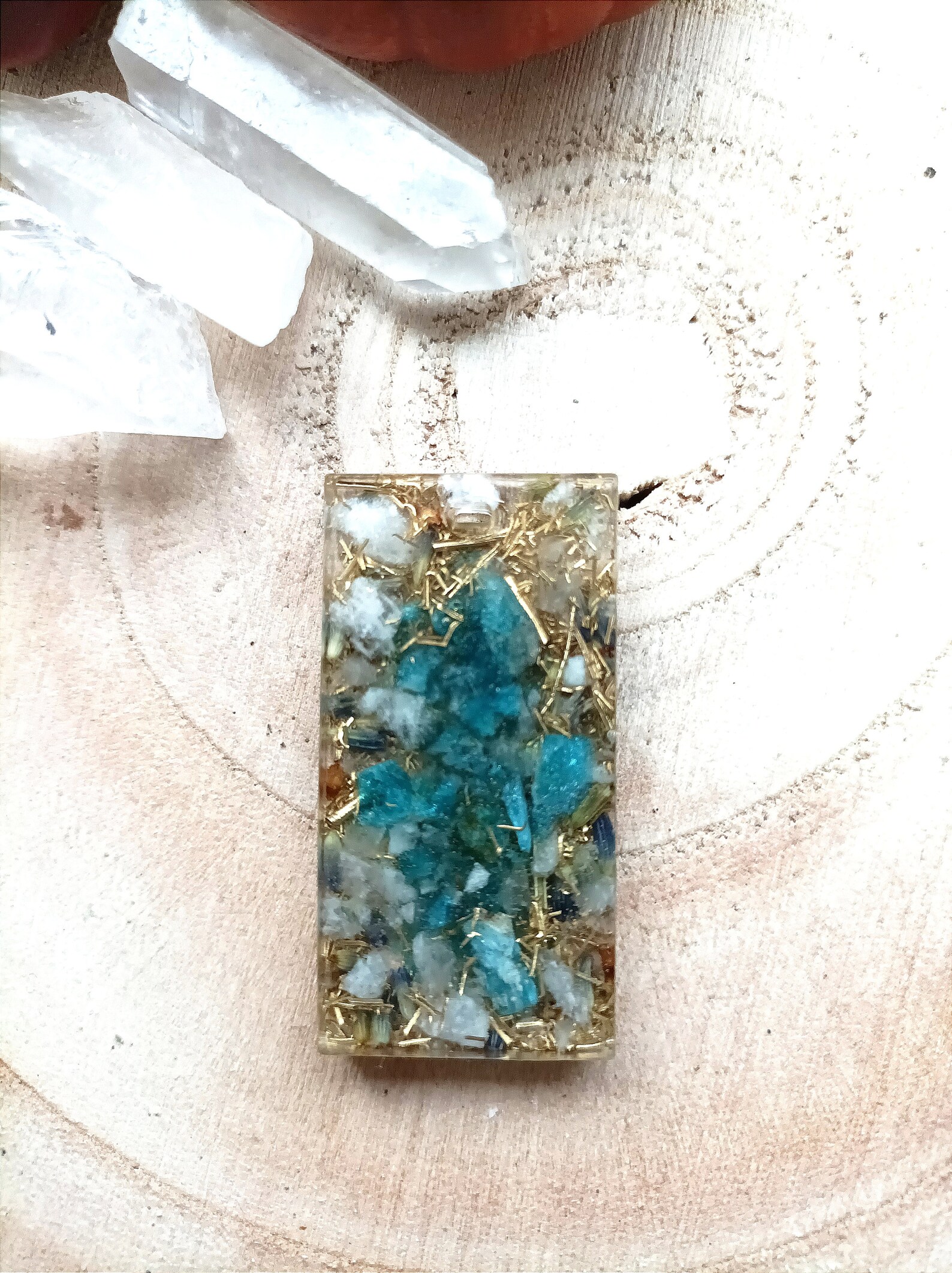 Rock crystal jewelry became popular in the ’70s when designers such as David Webb and Fernando Sanchez wore it. Some people wear rock crystal jewelry because they like how it looks, and others think it has a rugged appeal. Regardless of why you want to wear it, there is no harm in looking mainly at the aesthetic.

Rock crystal jewelry can be styled with a variety of different looks. It can be worn with a witchy look for a dark and gothic vibe, or it can be paired with boho and hippie styles for a more earthy vibe. Rock crystal jewelry is also popular among fans of steampunk fashion.

There are a few reasons why people might choose to wear a giant crystal. Some people believe that the crystals have healing powers, while others may simply like the look of them.

They’re breathtakingly beautiful, and their size makes them perfect for wearing as a statement piece.

Some people believe that the crystals have healing powers, while others may simply like the look of them.

Crystal rock jewelry can be styled with a variety of different looks. For example, it can be integrated into a witchy look with lots of blacks and greys, or it can be paired with boho and hippie styles for a more earthy vibe.

Gone are the days of minimalism being synonymous with nude. Kim K has taken this hue and transformed it into a bold, daring shade that radiates confidence!

Y2K Outfits: Get Ready for Spring with These Aesthetic Clothes

Are you ready to take your wardrobe up a notch with the latest y2k aesthetic? If so, you’re in luck.

Layer Up For The End Of Winter: How To Look Cute with Aesthetic Soft Clothes